Upon a request from the fashion stylist (and good friend) Mariana Sucupira, the first collection came in 2006. She asked for exclusive pieces for a photo shoot. What seemed to be a small production became the incubator for what became Apartamento. The name came from the place where the designer Luiz Cláudio used to meet his customers: his own apartment in Belo Horizonte. In seven years the brand underwent major changes – changed its adress, increased the number of employees, the size of the studio, made its runway show debut and became present in 19 states in Brazil. What remains is the desire to build a amazing and intricate fashion, characterized by the use of manual techniques and precious fabrics worthy of a couture atelier. Working as a fashion designer for more than 10 years, Luiz Cláudio gained prominence in the national media for the first time in 1999, when still a student, he won 1st place in Smirnoff Fashion Awards. In 2000, Luiz graduated in fashion design from at the Federal University of Minas Gerais and has since worked in the style team of leading brands that are part of the fashion history of Minas Gerais. In 2001 he created a brand carrying his own name. Small, experimental and sophisticated – it was only sold by order. In 2006, Apartamento 03 was born, focusing on a larger production, but still maintaining the high quality of the fabrics and delicate craft tecniques of construction of its pieces. 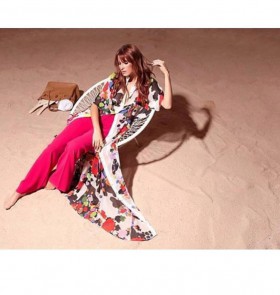