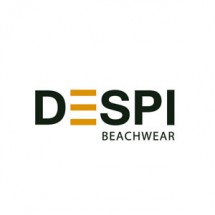 Created by designer Despina Filios, the brand had its first collection launched in September 2007 in Lyon, France, at the “Mode City” salon. Since the beginning, the idea was to create a 100% national swimwear fashion that exudes sensuality and femininity, but with some international spice that would bring women from anywhere in the world closer to Brazilianness.

The genuineness of the proposal was quickly understood by the market. In addition, the brand has strengthened relationships with dozens of foreign distributors and employees, who sell the brand in more than 30 countries.